Thermal conductivity is the degree of heat flux to be transferred along temperature gradient when there is a difference in unit temperature per unit length of an object. The unit is [W/(m・K)]. 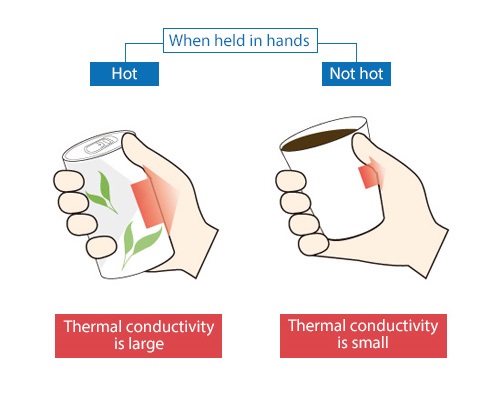