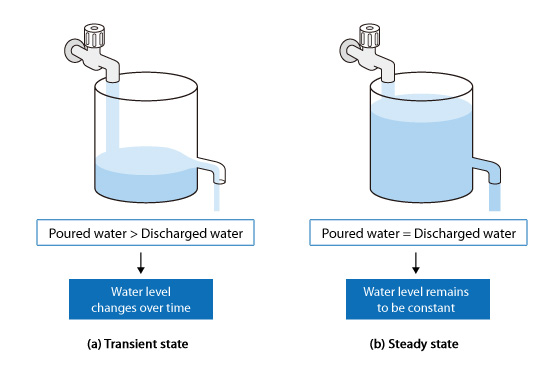 Imagine a fluid does not have any viscosity and its volume does not change. This fluid is called an ideal fluid. When the flow of an ideal fluid does not change with time, its total pressure is constant. This is called Bernoulli's theory and expresses the fluid energy conservation law. In a real flow, energy is lost due to viscosity and the total pressure decreases in the flow direction. 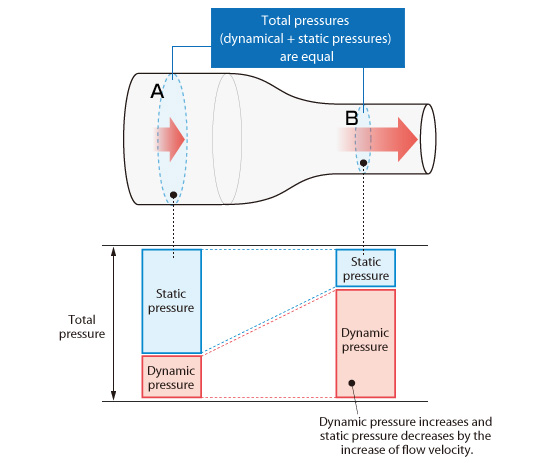 
A simple experiment can illustrate the Bernoulli theory. Consider two balloons as shown in Figure 3.14. Strongly blow in the space between the balloons. The balloons will come together and may even contact each other. According to Bernoulli’s theory, the balloons come together because the static pressure decreases when the velocity increases. 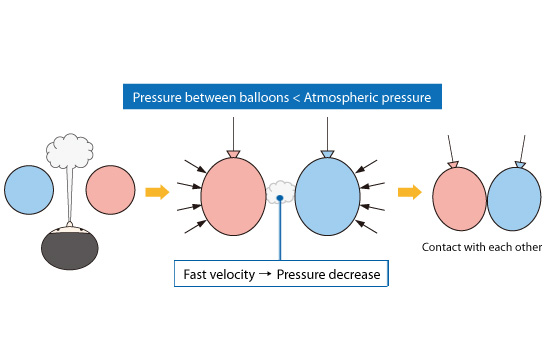