As seen in the previous section, the parameter values of each element are determined as a function of the values in the neighboring elements. For example, consider Element3 shown in Figure 5.20. The following expression is satisfied. 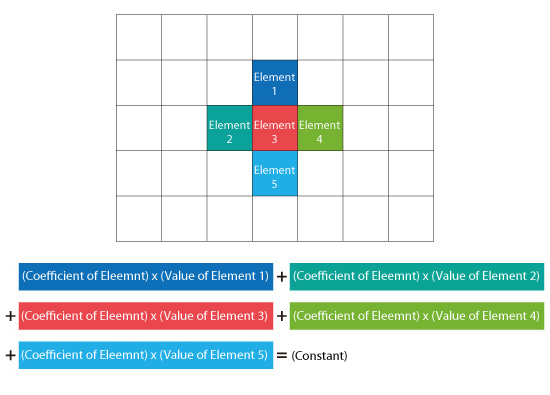 The exact solution to this system of equations is x = 3 and y = 4. For a better understanding of how the solution is obtained iteratively, the system (1) is transformed as shown below:

To solve the system (2) by using the iterative method, give x and y initial values. Here, zero is entered initial values for x and y.

For the first iteration, the solution is x = 1 and y = 1. When this solution is substituted back into system (2) :

The second iterated solution is x = 1.5 and Y = 2. The process is repeated as shown in Figure 5.1 until the change in the solution values becomes very small, closer to the exact solution. 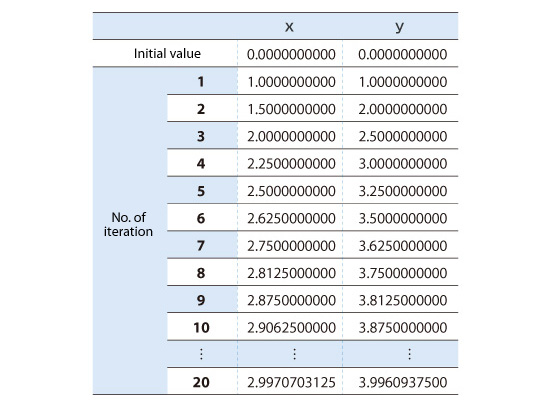 
In this example, the Jacobi method was used because of its simplicity. However, for practical problems with millions of elements and requiring hundreds of iterations, higher-speed iterative methods are needed.