A recent trend in the marine industry is that manufacturers are striving to quickly develop eco-friendly devices. Nakashima Propeller manufactures marine propellers for domestic and international shipbuilders. They are also actively involved in developing and manufacturing energy saving propellers and appendages. Software Cradle’s SC/Tetra has been an indispensable tool for their development. 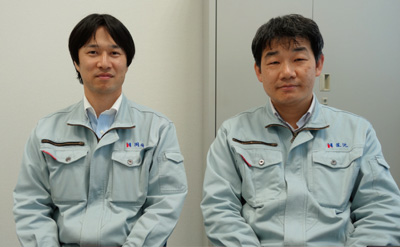 Nakashima Propeller, a manufacturer of marine propellers, celebrated its 90th anniversary in 2016. They are one of the dominant firms in the industry, holding 80% of the domestic Japanese market share and 30% of the overseas market. Their products are used by shipbuilders across the globe, including Japan, China and Korea. 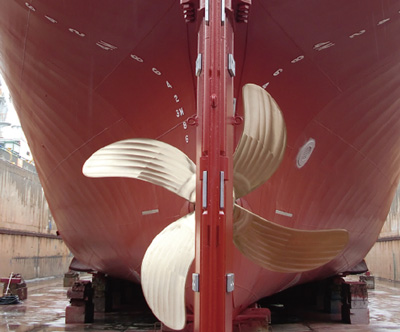 Picture 2: Propeller for chemical tanker
Unique stripe patterns on Nakashima Propeller products, the Nakashima-Patterns, are known as their signatures 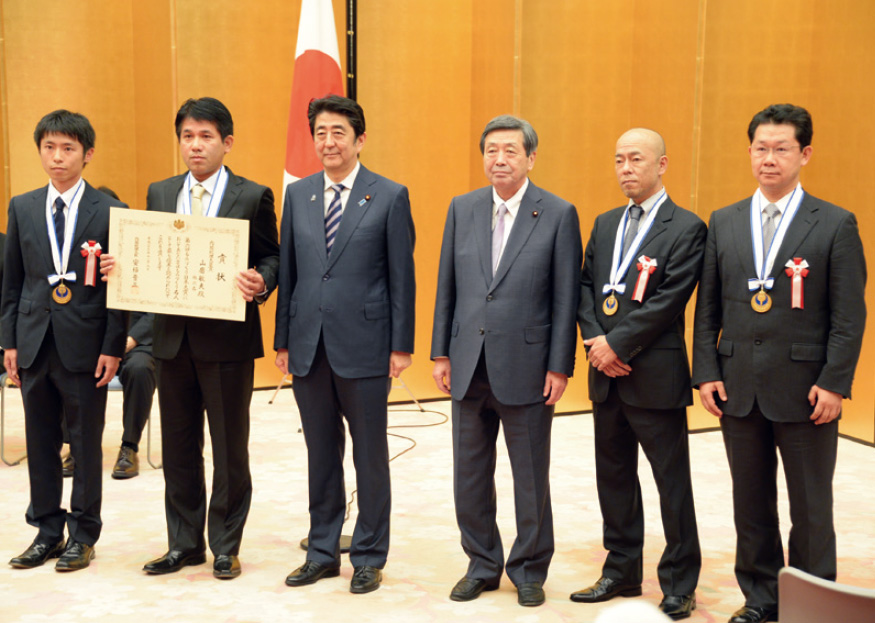 
“Three types of technical capabilities are needed to develop marine propellers: these are, fluid analysis, casting, and machining,” explains Mr. Nobuhiro Hasuike from Nakashima Propeller, Deputy General Manager, Propeller and Pod Propulsion Performance Section, Propeller Design Dept., Engineering Division (Picture 1, on the right). Propellers are manufactured through build-to-order production. Each product is designed to perform best when implemented in the assigned ship. At the end of the manufacturing production process, propeller blade surfaces are neatly polished by experts, who are capable of detecting errors down to one hundredth of a millimeter. Being highly recognized for their skills and technologies, Nakashima Propeller received the Prime Minister’s Award of First Monozukuri Japan Grand Prix. They were also one of the first companies in the industry to successfully manufacture carbon fiber reinforced plastic (CFRP) propellers. They received another Prime Minister’s Award of Sixth Monozukuri Japan Grand Prix for their CFRP propellers (Picture 3).

The entire marine industry has the goal of satisfying the Energy Efficiency Design Index (EEDI), the guidelines by the International Maritime Organization (IMO) for the purpose of GHG reduction. Regulations will be gradually reinforced, and ships will have to satisfy the requirements to continue sailing. “We are intending to contribute to GHG reduction through developing energy efficient propellers that help improve the performance of the entire ship,” says Mr. Akinori Okazaki of Nakashima Propeller, Deputy Manager, Propeller and Pod Propulsion Performance Section, Propeller Design Dept., Engineering Division (Picture 1, on the left).

Cavitation control is the most important factor to consider when designing propellers. Cavitation occurs when air bubbles are generated by boiled water due to a drastic drop in the water pressure. The air bubbles instantly liquefy, and a giga-pascal-order collapse in pressure occurs. This causes erosion on the propeller surfaces. Cavitation also causes ship vibrations. Preventing cavitation and cavitation-induced erosion is a top priority to maintain ship safety and propulsion capability.

Predicting cavitation during the design phase used to be difficult. Mr. Hasuike recalls the time when they calculated the potential for cavitation: “We could only determine whether the amount of cavitation on the blade faces would be either small or substantial. An accurate calculation tool is indispensable for detailed design. With a highly reliable tool, we can confidently move on to advanced design.” Using a computational fluid analysis tool was essential for Nakashima Propeller engineers to pursue more advanced designs, which involved accurately identifying cavitation and erosion risks.

Having compared several fluid analysis tools, Mr. Hasuike and his team decided to use SC/Tetra. According to Mr. Hasuike, the reason for the decision was “the fact that it was developed by a reliable Japanese company.” Software Cradle’s thorough support also encouraged their decision. “When we consulted them about our problems, they offered to develop a new function we really needed. Their engineers are extremely helpful and quick to respond. The advice they give and their support are really spot-on,” says Mr. Hasuike. He feels that this level of support is rarely provided by vendors outside Japan and general software vendors. Having introduced SC/Tetra in 2005, Nakashima Propeller has been applying the tool in their product development.

One of the achievements accomplished by introducing SC/Tetra was the evaluation of erosion risk using the erosion index function. The first task Mr. Hasuike wanted to examine, after introducing the fluid analysis tool, was the evaluation of erosion risk. Fig 1 shows contours of the erosion index. The white bubbles represent cavitation. The six blades were given different shapes, and the shape of the blade on top had the least erosion risk. Cavitation occurs where the flow slows down as the propeller moves towards the top, and diminishes completely by the time it moves to the side. With efficient blades, cavitation moves smoothly towards the top and diminishes without causing any damages to the blade.

“We asked Software Cradle if such a function to simulate erosion could be implemented. That was how it became a function in SC/Tetra,” says Mr. Hasuike. It is based on the simplified index for erosion risks proposed by Nohmi et al.*1, which was considered effective for predicting erosion risks on marine propellers. This progress led Nakashima Propeller to explore how conditions influence blade erosion risks. They were also able to make cavitation smoothly diminish. In the end, Nakashima Propeller successfully minimized the surface area of the blades as well as improved their efficiency. 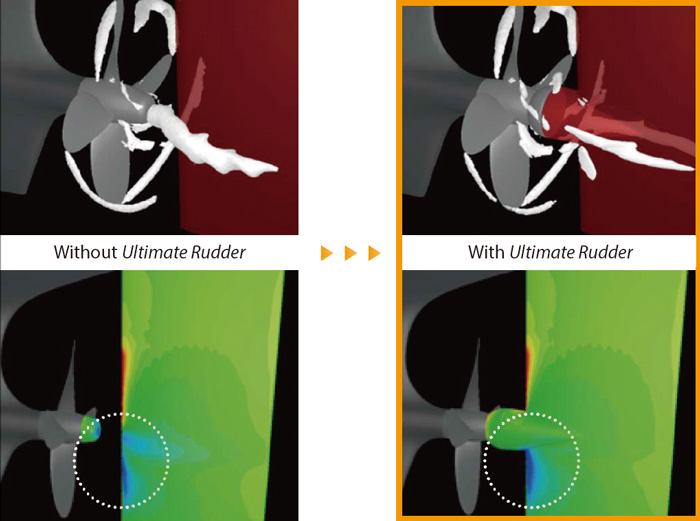 Fig 2: Rudder resistance is reduced by using valve head to disperse hub vortex, which magnifies negative pressure on top of the rudder.
Effects of following wakes were improved by preventing the incoming flow toward propeller faces.

“Using CFD, we have been able to develop new energy saving devices over the years,” says Mr. Hasuike. Applying CFD enables optimization of an entire ship, including the propeller and the rudder, instead of only the propeller. Prior to introducing CFD, Nakashima Propeller used prototype appendages and rotating propellers in water tank experiments. “Thanks to CFD, we can now determine the optimal device shape easily and quickly at low cost. We were also able to reduce the number of experiments,” says Mr. Hasuike.

Maximizing the Benefit of an Integrated Tool

Next year, Nakashima Propeller plans to manufacture a CFRP propeller scaling six meters in diameter. By applying lightweight CFRP, it is possible to manufacture propellers in a larger scale compared to using metals. This can also improve energy efficiency. “CFRP is flexible unlike metals. If we can tailor this material skillfully, cavitation and vibrations can be controlled,” explains Mr. Hasuike. SC/Tetra is used extensively for these complicated analyses, where structural and fluid analyses must be coupled. “SC/Tetra is all-in-one software, which is useful even when we need to use several different functions,” says Mr. Hasuike.

Mr. Hasuike remarks that minimizing noise is becoming a requirement in the marine industry. Propeller noise from a marine vessel is a disturbance to sea animals, such as whales, that use sounds to communicate with each other. The need to regulate ship noise is being discussed. To prepare for these changes, Nakashima Propeller will start to focus on noise reduction.

Nakashima Propeller is also exploring optimization of overall ship design, instead of solely focusing on propellers. “Design optimization was done separately up until now. Propeller manufacturers focused on propellers, just as shipbuilders were only concerned with ship bodies. However, improving total energy efficiency for the entire ship requires analyzing it as a whole. To achieve this, we intend to construct a virtual towing tank,” says Mr. Hasuike. 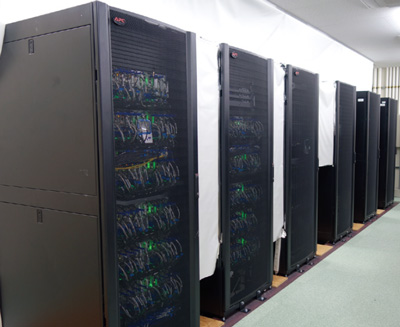 
Nakashima Propeller is working on upgrading their computational hardware environment for parallel computation in preparation for the virtual towing tank project (Picture 4). Their machine parallelism is now 3,000 degrees but was increased to 5,000. “Processing dozens of millions of mesh elements used to take two weeks, but it can now be done in just one day,” says Mr .Hasuike. Nakashima Propeller suggests the possibility of using the virtual towing tank for future EEDI certification. “We hope to facilitate a better simulation environment though the support from Software Cradle,” says Mr. Hasuike.

Nakashima Propeller has always been an industry leader. Software Cradle will continue to offer solutions that assist their development.

*All product and service names mentioned are registered trademarks or trademarks of their respective companies.
*Contents and specifications of products are as of January 31, 2016 and subject to change without notice. We shall not be held liable for any errors in figures and pictures, or any typographical errors.