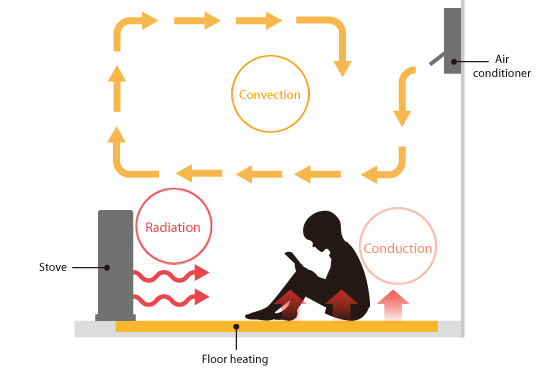 For example, as shown in Figure 4.6, when you hold a can of hot tea, you feel the heat through the can. This is because heat is thermally conducted through the can due to the temperature difference between the hot tea and your cooler hand. 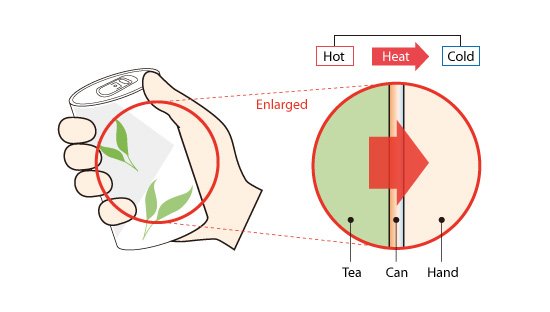 Heat conduction is a phenomenon that enables heat to be transferred within an object. Heat conduction can occur in solids, not only in fluids such as liquids, and gases.

In heat conduction, heat is transferred within an object. When the object is a fluid, heat can be transferred from the fluid to another object by flow of the fluid on the surface of the object. This type of heat transfer is called convection. Convection can transfer larger amounts of heat than conduction.

For example, as shown in Figure 4.7, when a container with water in it is heated, conduction heat transfer occurs within the water at the bottom of the container. In addition, the heated water rises due to buoyancy and convection occurs along the sides of the container, which leads to additional heat transfer. 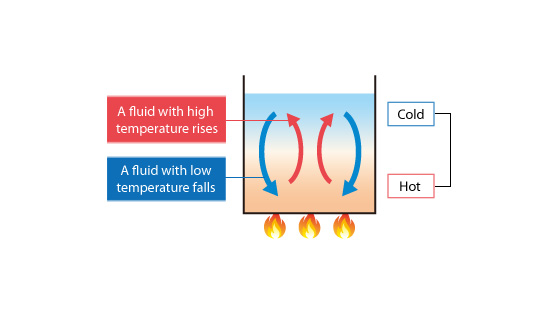 For example, you can enjoy a sauna with an air temperature of 100 °C, but you cannot enjoy a bath with a water temperature of 100 °C. This is because the heat transfer coefficient of water is higher than that of air. The liquid water will transfer more heat to your skin than the air in the sauna. As a result, you will feel much hotter in the water than in the air.