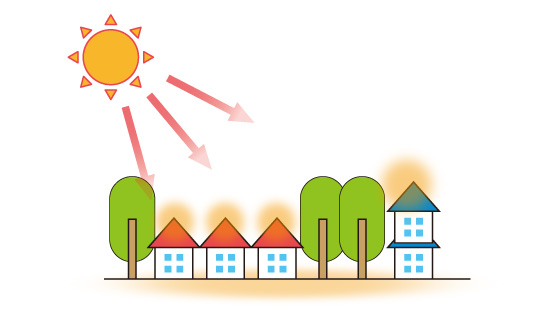 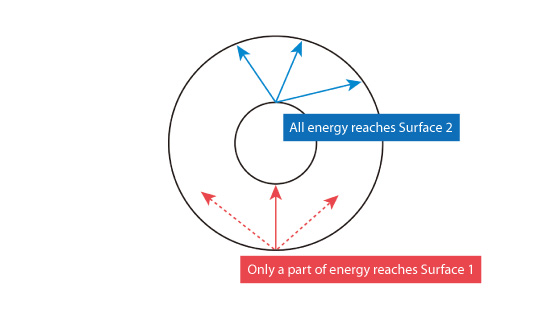 
The higher the emissivity of two surfaces at different temperatures and the larger the view factor, the larger the amount of heat transfer by radiation between the surfaces.