A streamline is a line which smoothly connects velocity vectors at an instance in time. In other words, an image of the flow characterized by streamlines is like a snapshot of the flow at one moment in time.

A streakline is a curved line formed by a string of fluid particles which have passed through a certain point. An example of a streakline is the trail of smoke from a chimney.


A pathline is a path which a fluid particle traces. One example of a pathline is the path defined by a balloon floating in the air. 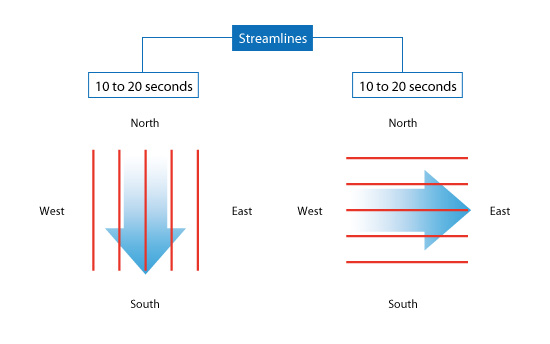 
A streakline represents all the points that have passed through a certain location. For this situation, where the streakline can be likened to represent the smoke trail from a chimney, the streakline goes to the south during the first 10 seconds because all the smoke is going south. Then, when the wind shifts to the east, all the smoke particles that were initially heading south (emitted for Time < 10 seconds) start to be offset to the east. The newer smoke particles (emitted for Time > 10 seconds) head directly east. After 20 seconds the streakline is at a right angle as shown on the right in Figure 3.8. 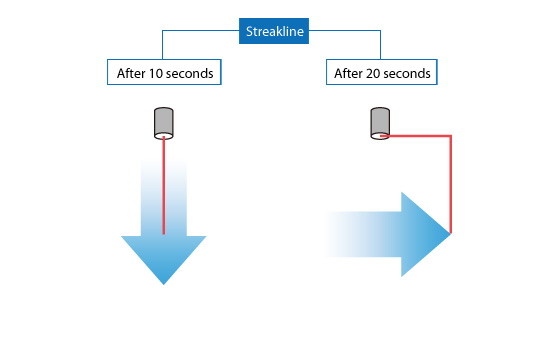 Figure 3.8: Example of a streakline 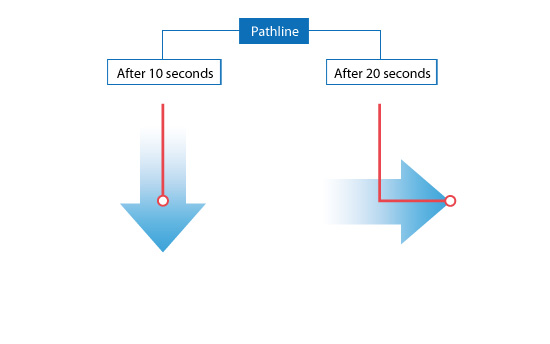 Figure 3.9: Example of a pathline

As can be seen in this chapter, the analysis results for transient flows will be different depending on the method used to visualize the flow. Understanding this difference is important when visualizing analysis and experimental results.