Figure 3.30 Flow around a car body


Substitute the velocity to the equation described in the previous column.

Figure 3.31 Definitions for Reynolds number of flow inside a cylinder

If a product and its model used for experiments are different in size, comparing the flows is difficult; however, Reynolds' law of similarity helps us understand correspondence between them.

See Figure 3.32. Assuming that a car travels at U [m/s], let us think about the velocity U’ [m/s] to simulate the flow around the car by using its model of 1/2 in size. 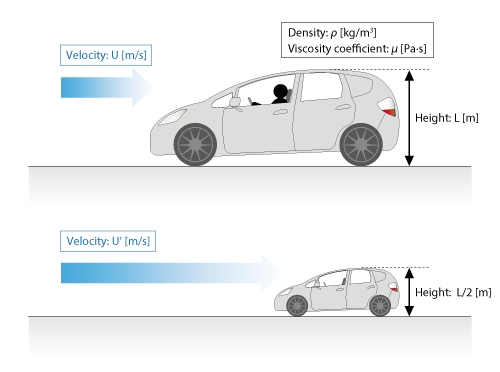 Figure 3.32 Flows around a car and around its model

If the Reynolds numbers of the two are equal, the following equation can be true.

From the equation, the expression U'=2U is obtained. Then, we can see that the velocity of the 1/2 model must be double of the car velocity to simulate the flow around the car using the model.

Want to know more  Dimensionless number
Indipendent basic seven factors to express physical quantities are called dimensions . The dimensions greatly related to thermo-fluid analyses are length “L”, mass “M”, time “T”, and temperature “Θ”. For example, area is given by the square of the length and has a dimension of “L2”. In the same manner, velocity is given by distance divided by time and has a dimension of “LT-1”.

Here, let us see the dimension of Reynolds number and Knudsen number described in 3.1. In the formula of each number, the unit is canceled between its denominator and its numerator. Thus, they have no dimension. This kind of parameter is called a dimensionless number . By using a dimensionless number, a phenomenon can be expressed without depending on a unit or a value as by Reynolds' law of similarity.