Design engineers in engine design department of Isuzu Motors Limited (hereinafter, Isuzu) have used "SC/Tetra", a CFD (Computational Fluid Dynamics) tool developed by Software Cradle, since 2002. Now, they have taken one step further and started the automation of analyses and achieved the linkage to an optimization tool. All these accomplishments were brought about by means of "VB interface", which links SC/Tetra to "Visual Basic". We interviewed an Isuzu staff about how they actually promote the introduction of the design analysis tool. 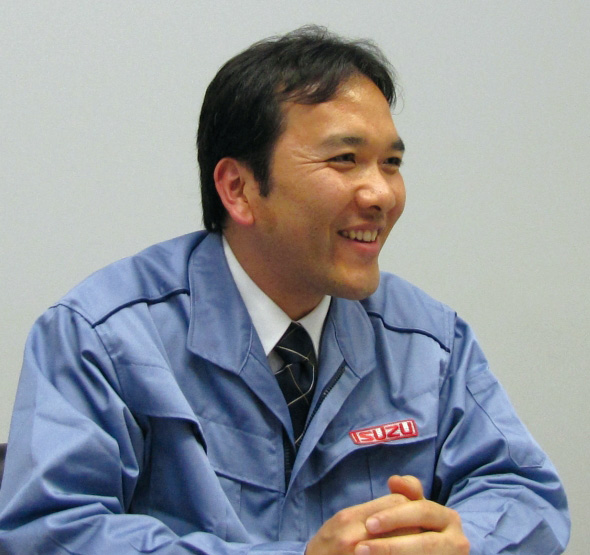 
Isuzu is one of the world's largest manufacturers of commercial vehicles and well-known for small trucks named "ELF", among others. The company has the world's leading technologies in Diesel engine for commercial vehicles. They provide engines for passenger cars, industrial equipment such as construction machinery, and marine vessels. The company's annual diesel engine production reaches over 0.9 million (fiscal year ending March, 2011). 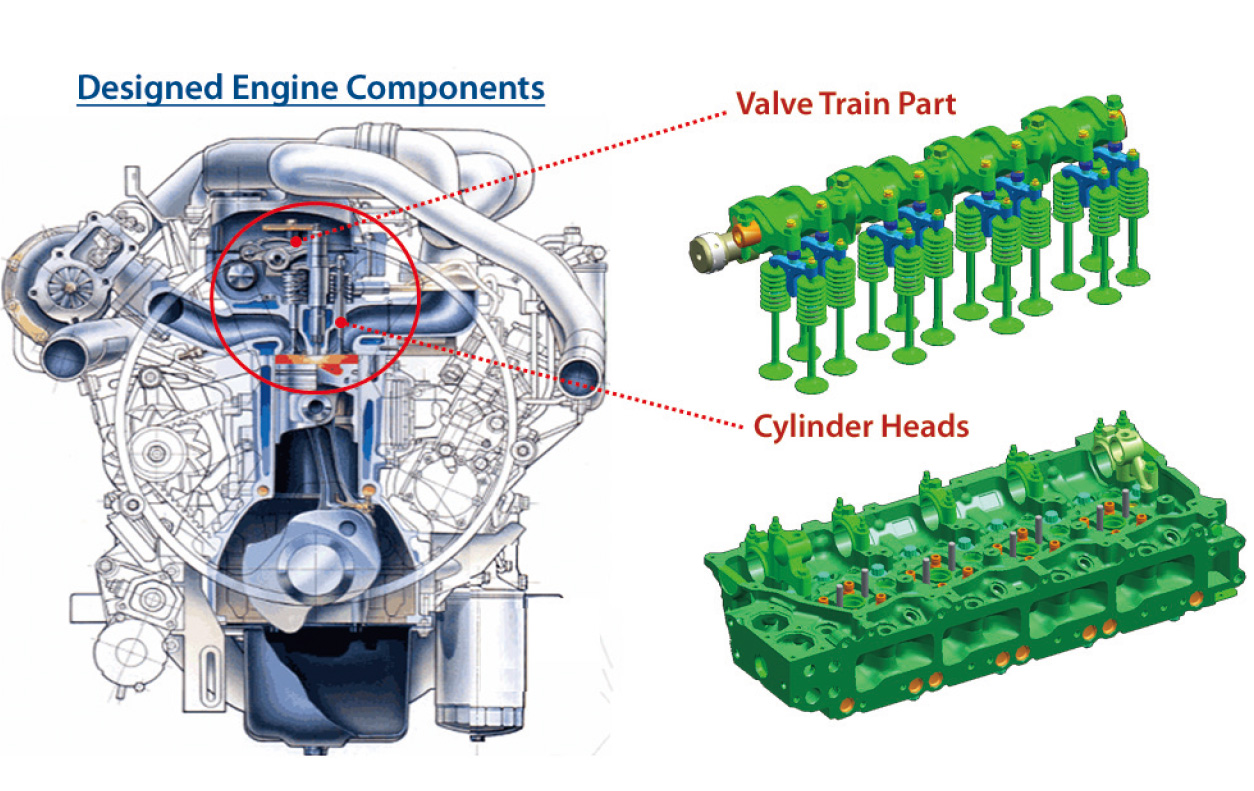 In the development of diesel engine, the company has to improve the fuel efficiency and output performance while satisfying emissions limit in the U.S, in Japan, or in Europe. Exhaust gas regulations have been tightened year after year, while the performance upgrade and cost reduction are required in the global competition. Under such strict requirements for development, the design engineers of the engine design department are now working on making their CFD analyses more efficient.

Isuzu started performing CFD analyses for the product development in 1986. They used "scSTREAM" developed by Software Cradle for aerodynamic design of vehicles and the flow analysis for engine compartments. For nearly 15 years, designing and CFD analysis had been separately conducted in different departments.

Here, they chose "SC/Tetra" of Software Cradle as a thermo-fluid analysis tool. Mr. Shirato explains, "I first knew about SC/Tetra through the introduction from our central research institution. Compared to CFD tools of other companies, the usability of SC/Tetra was outstanding." The user interface of SC/Tetra was originally developed for Windows®, while other tools at the time were originally developed for UNIX® and converted for the use in Windows®. This allowed most design engineers, who were Windows® personal computer users, to easily handle the tool. Also, he says "The wizard function explaining the usage of the software for beginners was really useful, and the analysis accuracy was sufficiently high.

Developing Automation Tool in One Month

Thanks to the usability, SC/Tetra had been widely used in the engine equipment design division. As the tool was used more often, the users began to request the reduction in preparatory works before analyses. Mr. Shirato points out "Repeating routine works for the analysis preparations becomes their psychological burden, causing operational errors." Furthermore, different engineers used different meshgrids so that analysis results were not consistent.

Although they created a manual to deal with these requests or problems, they could not obtain significant turnarounds. Under such circumstances, "VB interface" was added to SC/Tetra version 6 in 2005, and it enabled users to control SC/Tetra by using external programs such as "Visual Basic®". Mr. Shirato says "Here, I started to think the possibility of automated analysis using this VB interface. As I had used Visual Basic® before, it didn't take me a long time to do programming for the automation tool. After verification using a design data for a simple duct, I was able to produce a fully-functioned tool in about a month." To deal with the problems caused by using different mesh grids by different users, he used "Mesh Adaptation Analysis" function of SC/Tetra. In addition, it only took him about one week to allow the automation tool for ducts to be utilized in other engine components such as air intakes and exhaust ports.

In his engine equipment design division, introducing the automation tool enabled design engineers to obtain CFD analysis results of SC/Tetra by only clicking twice starting from a CAD tool with a design data loaded to it (see Fig.1). They easily cut the total analysis time (time for preparation, calculation, and evaluation) by about half compared to the time before introducing the automation tool.

Enabling the Linkage to an Optimization Tool

Fig.2 Diagram of optimization using the link (in the case of water jacket).
Compared to the manual optimization, the magnitude of average velocity in the water jacket and its evenness among different cylinder considerably improved.

What motivated him to start developing the link was a technical seminar held by Software Cradle at the end of 2006. Mr. Shirato recalls, "I was greatly inspired by a case study in which automated geometry optimization is available by combining geometric morphing tool, SC/Tetra, and optimization tool. The automated geometry optimization was made possible for designing data of air supply box of an air conditioner or front wing of a formula car." Then, he developed the link within a few weeks. When he applied the link for the optimization of water jacket that is engine cooling parts, he obtained simulation results that produced better performances in the same amount of time as the manual operations (Fig. 2). He emphasizes, "The optimization operation, where users apply parameters themselves in various combinations, should be performed using computers to obtain results with higher accuracy. More than anything, design engineers can work on other operations while their computers are performing the optimization, and this has significance for the company."

As a future effort, Mr. Shirato mentions the establishment of an in-house structure for training on the basics of CFD and SC/Tetra. He says, "I know design engineers use the automation tool for the usability; however, they cannot expect any progress as long as they just use the tool without knowing anything about thermo-fluid analysis. I want all design engineers to know the advantages of the automation tool after learning the basics of SC/Tetra, and to determine how to use the analysis tool themselves." Besides, he is considering introducing a new structure to make analyses more efficient by sharing designing information among all design engineers.

*All product and service names mentioned are registered trademarks or trademarks of their respective companies.
*Contents and specifications of products are as of May 15, 2012  and subject to change without notice. We shall not be held liable for any errors in figures and pictures, or any typographical errors.