Leading Edge of Racecar Aerodynamics Development - Get Faster with CFD

Mooncraft is a racecar constructor and is known for its remarkable aerodynamic design. The company has been working on wind tunnel testing for more than 30 years, producing aerodynamically sophisticated racecars. The company has been always pursuing to create innovative products and has also introduced Computational Fluid Dynamics (CFD) in the early days. Mooncraft is working on analysis of vehicle internal and external flows using SC/Tetra. 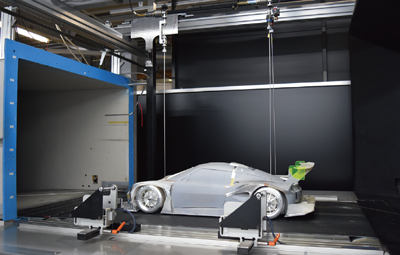 Picture 1: Small-sized wind tunnel with a moving belt
Experiments can be carried out using 1/5 size model


Mooncraft is a Japanese racecar manufacturer which was founded by Takuya Yura in 1975. Mr. Yura’s workshop was opened near Fuji International Speedway and that is the origin of the company. It became publicly known after Mr. Yura appeared in an advertisement on TV. Mooncraft joined racecar industry by setting up the race team in 1985. They also brought carbon fiber composite technologies into Japanese racecar industry by introducing autoclaves, to create world-class racecar chassis and aerodynamic components.

Since the company was born, Mooncraft has been extending the field of engineering, from designing of aircraft components to chairs made from CFRP, all these technologies were obtained in the leading edge of racecar development.

Mooncraft has a wealth of experience in aerodynamics. In order to meet the tight schedule of racecar development, they have introduced a dedicated wind tunnel for testing scaled models since 1986 (Picture 1). The wind tunnel is equipped with moving belt, which makes it possible to simulate the underhood flow characteristics. 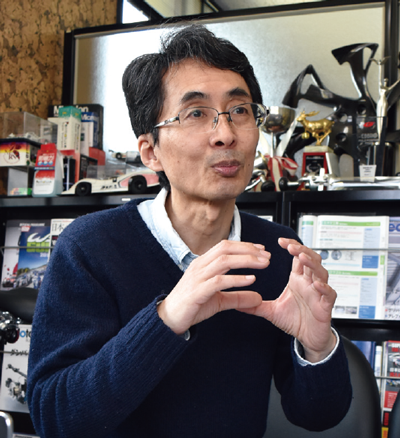 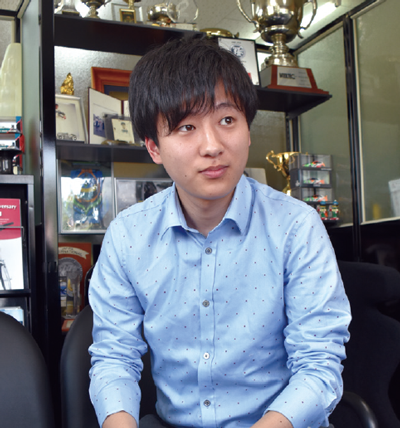 Mr. Shinichi Sakaguchi from Development Department in Mooncraft (Picture 2) believes that it is essential for a racecar constructor to have their own wind tunnel and to develop aerodynamic surfaces based on experimental data. “Racecars can go up to around 300 km/h, where the effect of air resistance becomes significant. Hence, that is always important in racecar aerodynamics to reduce the drag while achieving a massive downforce on the car at the same time.” says Mr. Sakaguchi.

In recent years, CFD has been playing a more important role for its advantages to wind tunnel experiment. That is why Mooncraft has introduced SC/Tetra to work on thermo-fluid analysis. “Our strength lies in the know-how and data of wind tunnel experiments that we have cultivated for years. We want to maximize the efficiency of product development and improve our products by combining the wind tunnel experiment and CFD,” Mr. Sakaguchi says. Since 2015 where Taisuke Shinse, in charge of CFD department, joined the company, they have introduced CFD analysis into their development of GT300 class racecar (Picture 3).

Mooncraft has been applying CFD into the development of racecars for SUPER GT300 class since 2015 (Picture 4). There is a variety of racecars competing in GT300. Some of these are developed based on commercial vehicles, and some others are entirely original. 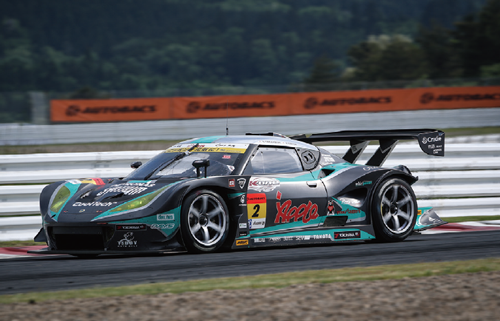 
SGT LOTUS EVORA was launched from Mooncraft back in 2015, which was developed based on a British lightweight sport car, LOTUS EVORA. While the carbon monocoque chassis is restricted to modify from the original design, the aero-devices, suspension and several other parts were developed by Mooncraft from scratch.

The development started with wind tunnel testing. Mr. Yura designed a clay model, which was then evaluated in series of experiments, in order to determine initial sizes and scales for each component. The modification to midship engine layout was conducted to improve its kinematics and it makes SGT LOTUS EVORA distinctive in SUPER GT300. However, this major modification brought them unfavorable troubles caused by engine starter especially in their first season.

SUPER GT has eight races per year in Japan and Thailand. Engineers conduct wind tunnel experiments before every race to investigate the aerodynamic characteristics. The data gained in these experiments is utilized for the setup on track and it also shortens the time for it.

SC/Tetra CFD is used simultaneously to examine the ‘local information’ such as pressure distribution, velocity vector fields, and temperature distribution, which is difficult to investigate in wind tunnel.

Mr. Shinse’s first objective was to investigate the performance of rear wings. This first investigation was not that hard as the wind tunnel data had been correlated with track data. He generated rear wing models using a 3D printer to look for a suitable wing profile that achieves low drag and high downforce.

However, the CFD results were not in accordance with experiment results. Mr. Shinse asked Software Cradle for an advice and was recommended to use SST k-ω turbulence model instead of standard k-ε model to simulate flow separation. “The technical support from Software Cradle is quite useful and helps me to learn about CFD,” Mr. Shinse says. 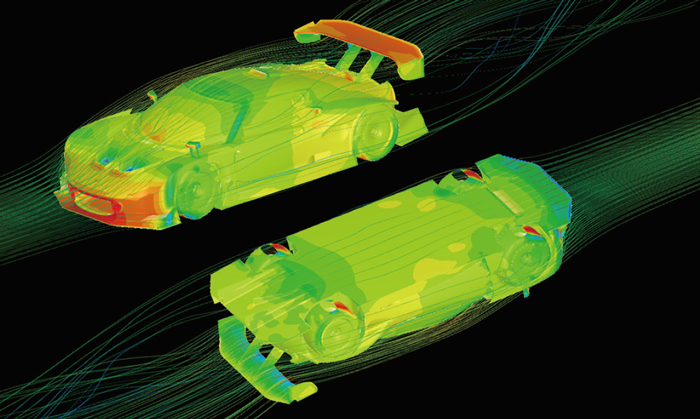 Figure 1: Pressure distribution on surface and under the floor of a car


He describes that the process of model generation is more efficient with SC/Tetra when analyzing the entire car body as shown in Figure 1. During typical analysis, the model is usually created from CAD data, which is not designed for CFD simulations. Hence it takes long time to fill up bumps and gaps of a cowl. The surface wrapping function of SC/Tetra precedes the surface cleaning, contributing to reduce the time for preparation.

Mooncraft also worked on a thermo-fluid analysis of a radiator duct. “It is not suitable to evaluate cooling performance in wind tunnel. As for thermodynamic investigations, CFD is very useful.” said Mr. Sakaguchi.

The figure 2 is showing the result from this investigation. The radiator is mounted in front of the engine, the air coming from the upstream (on the left of the figure2) hits the radiator and flows out from the top (Figure2). A new louver was designed and installed to meet the regulation which prohibits radiator to be seen from the top. 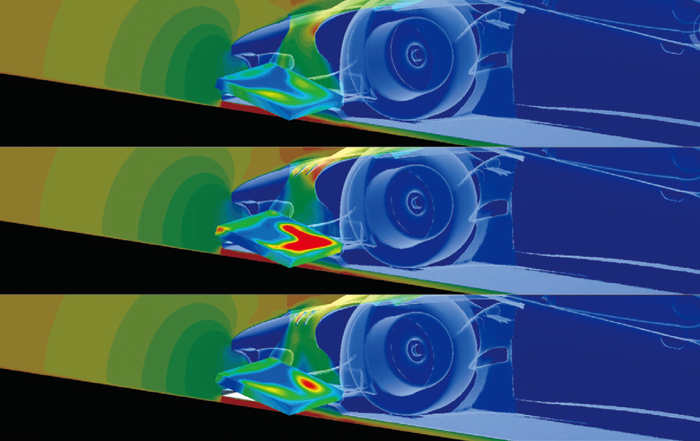 However, it didn’t perform as it was expected, the cooling performance was not enough. The cooling capacity becomes more critical especially for races held in summer and a couple of louver designs were investigated in CFD as shown in Figure 2. The result shows that the louver design with appropriate curvature performs the best of these.

Showing the Effectiveness to Our Blog Readers

“As shown in the former examples, CFD simulation enables us to examine phenomena that cannot be observed in experiments, such as to find out pressure distribution and temperature under the floor. SC/Tetra can visualize surface flow behaviors. Simulations also helped us to validate if decisions made in wind tunnel testing were proper, such as whether air intake is allocated to the spots with high pressure.” says Mr. Sakaguchi.

“These results are open to public on our blog to demonstrate the aspiring strategy of Mooncraft, introducing the leading technology for the better products. We would like to highlight our advantage in aerodynamics development through the utilization of CFD.” Mooncraft also rents their wind tunnel facility. Mr. Sakaguchi says “Most people who rent our facility often use CFD beforehand and they come to us to verify that results, and so the knowledge about CFD is becoming more essential for us. Mooncraft did not have enough human resources and were not able to push CFD investigations, but they are now actively engaged in the operation.

Mooncraft has dedicated computing resources for their CFD tasks. It used to take four days for one simulation. Mooncraft worked with the Cradle support team to optimize the run time to 14 hours.

Mr. Shinse is happy with SC/Tetra’s user-friendliness. “Using the built in Postprocessor we can visualize results in different, beautiful and interesting styles. The software is easy to operate, especially when importing and modifying a model on Prime mode. Even a beginner like myself can easily handle this software.” he says.

Mr. Shinse says that SC/Tetra’s wrapping function was very helpful to adjust the data that is not closed. This function helps him frequently as carbon products are treated as surface data, not as solid in CAD.

As a further request, he hopes to have help menu in HTML format for scFLOW (Software Cradle’s new thermo-fluid analysis tool introducing polyhedral mesh) instead of PDF format, which would enable him to find out what he needs more easily.

Mooncraft has been also analyzing the shape of an intake duct system (Figure 3). For a naturally aspirated engine, it is important to decrease pressure loss in an intake air stream. In SUPER GT, the participants are required to mount an intake restrictor due to the regulation. It is necessary to examine the shape of an air box to take air effectively. “The velocity of the air around restrictors becomes as fast as sound speed as enormous amount of air is initiated into the duct. Hence, the compressibility of air has to be considered for this flow case.” Mr. Sakaguchi says. 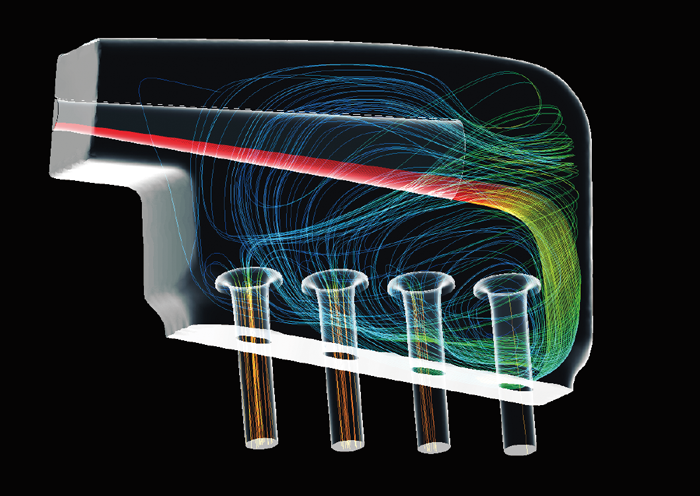 Figure 3: Analysis of intake restrictor of an engine


Figure 3 shows an internal flow moving through from the restrictor, underfloor, to the intake manifold. In the analysis, density change and air pressure were captured and the shape was optimized.

Looking into the future, Mr. Shinse says, ” We would like to work on transient compressible fluid simulations of an intake box, which accounts for the ignition timing of the engine.”

He is also interested in implementing automated functions using Visual Basic interface.” That would allow them to simulate different car attitudes in one single operation.

Mr. Shinse comments: “We would like to use both wind tunnel experiments and CFD and make use of their advantages. For sure, while working on validation tasks between wind tunnel and CFD. SC/Tetra will help Mooncraft for their further success in aerodynamics development.

*All product and service names mentioned are registered trademarks or trademarks of their respective companies.
*Contents and specifications of products are as of  April 30, 2017 and subject to change without notice. We shall not be held liable for any errors in figures and pictures, or any typographical errors.