Case Study – Learn about Thermo-Fluid Analyses Optimization No. 9: Optimal shape of a louver (1)

Optimal shape of a louver (1)

In many cases, a louver is used for the opening of an electric device and such to prevent droplets and dust from invading. A louver is a device, as shown in Figure. 1.1, with slats combined in parallel at a certain pitch. A large louver increases the cost and causes the decrease of ventilation flow rate. Here, let us think about the smallest shape of a louver without decreasing the ventilation flow rate as much as possible. Our products EOopti and SC/Tetra are used to explore the optimal shape of a louver. 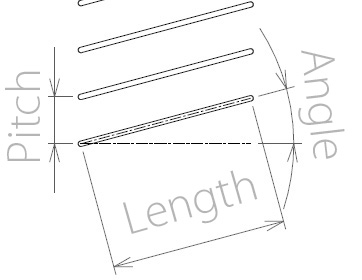 Figure 1.1 Cross section of a louver


First, we can presume that droplets and dust invasions can be prevented by shielding the gaps between the louver slats seen from the horizontal direction. That is, we will consider only the state in which the edge of a slat matches the edge of the next slat, seen from the horizontal direction. In this state, equation (1) is satisfied in relation to pitch t, length L, and angle θ; therefore, a unique pitch can be determined if the length and angle are defined.

where, ζ is loss coefficient, ρ is density of the fluid [kg/m3], and ｖ is velocity [m/s]. Pressure loss is evaluated with loss coefficient ζ, which is derived by the following equation using the pressure difference obtained from a measurement or an analysis: 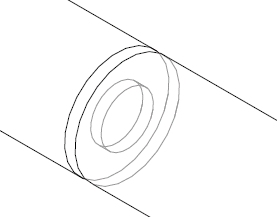 Figure 1.3 Pressure difference across the orifice


In the next column, we will create an analysis model and set conditions.