Case Study – Learn about Thermo-Fluid Analyses Optimization No. 10: Optimal shape of a louver (2)

Optimal shape of a louver (2)

For the optimal design for a louver, the previous column explained about pressure loss and the relation among the length, angle, and pitch of the louver. This time, we will create a model and set conditions.

We perform a two-dimensional flow analysis assuming the flow in the louver as two-dimensional. For the height direction, we create a one-pitch model and set periodic boundary conditions because the flow behavior repeats per pitch. In addition, we set a flow path of 1,000 mm before and after the louver. So, the model will be a band-like plate as shown in Figure 2.1. Figure 2.2 is a zoomed part of the louver. Then, we set a stationary wall condition on the portion corresponding to the louver surface, and set a free slip wall condition on other surfaces. For the surfaces shown in the figure with the caption “Periodic boundary condition”, we set periodic boundary conditions so that the number 11 and 12, and the number 21 and 22 will be the pairs, respectively. We set the velocity 5 m/s as the fixed velocity for the inlet, and set 0 Pa as the fixed static pressure for the outlet. 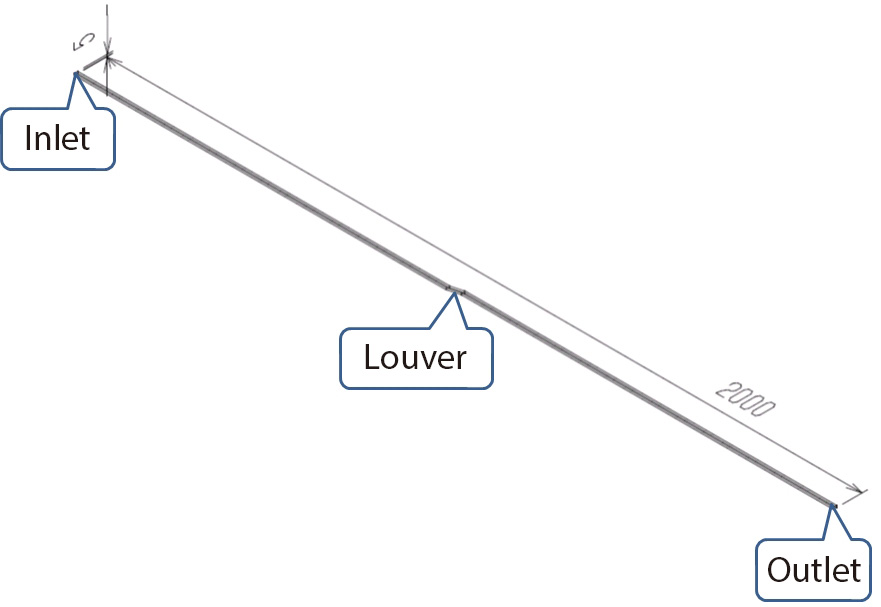 Figure 2.1 CFD model of a louver 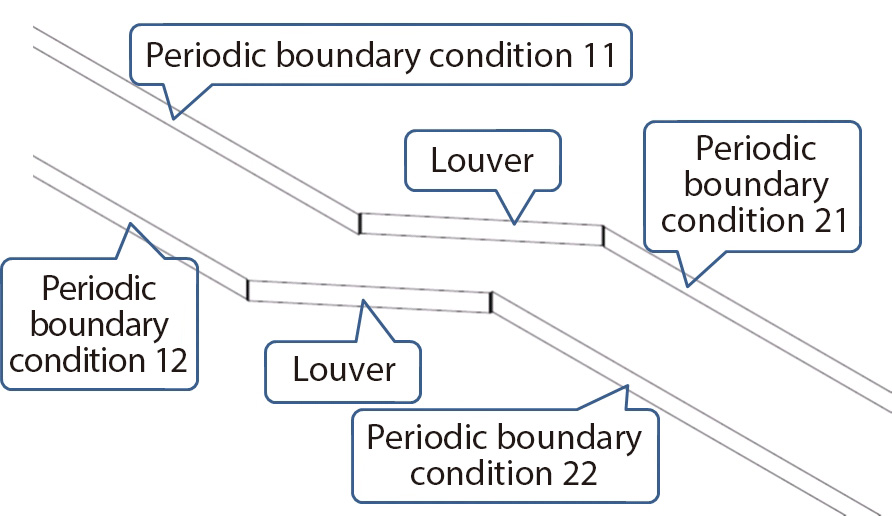 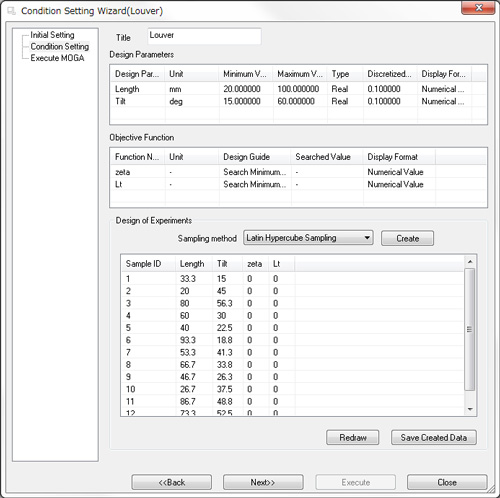 In the equation above, Pinlet is the pressure at the inlet, from the following factors: Density of air 1.206 kg/m3 , inflow velocity 5 m/s. 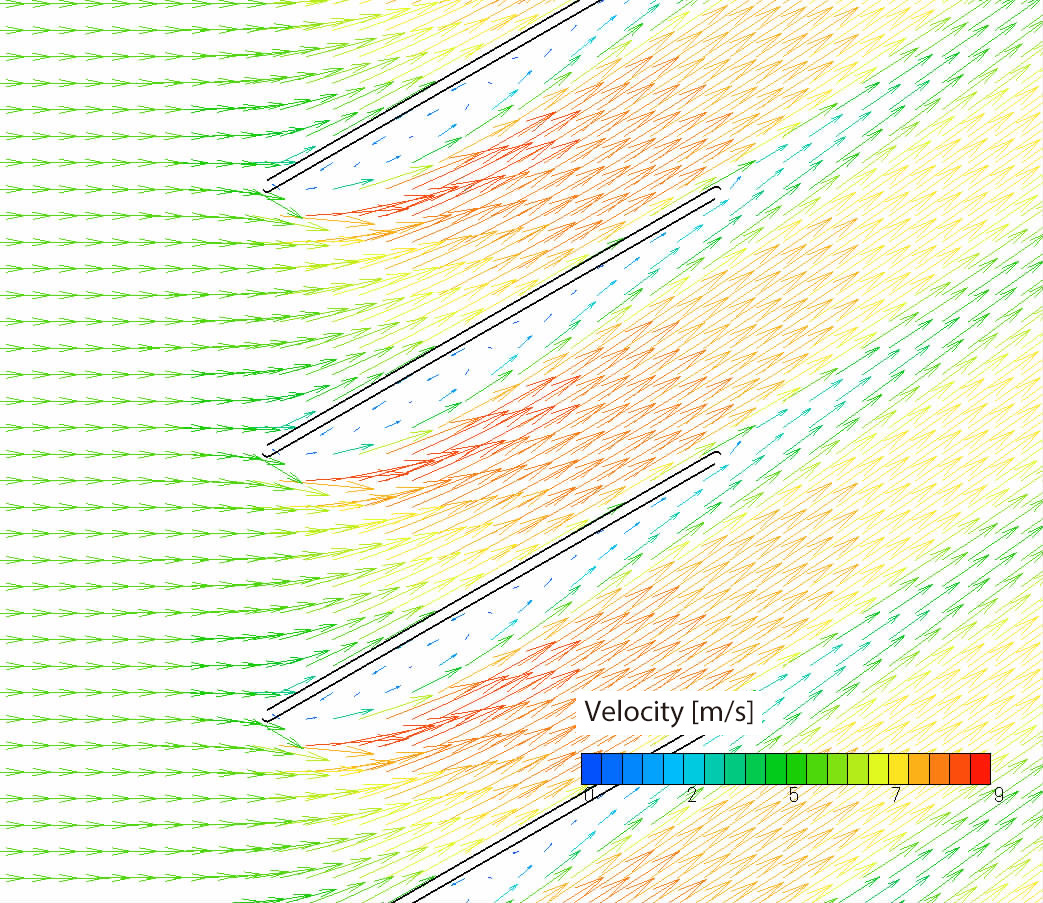 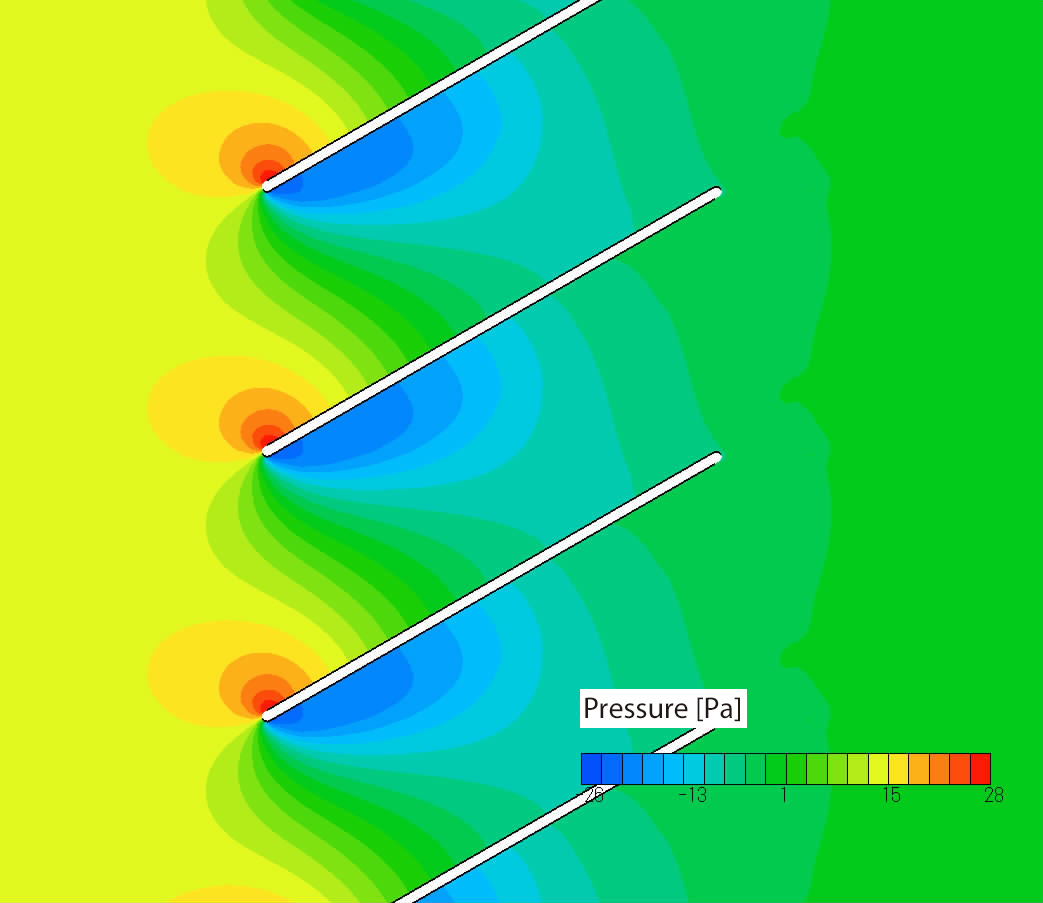 
In the next column, we will see the exploring results of optimal solution.