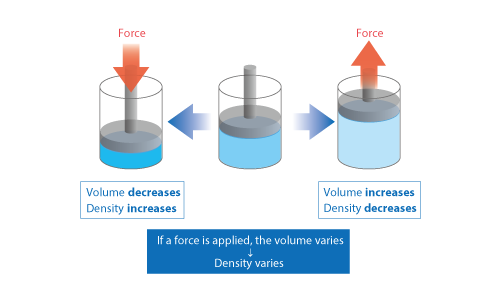 
On the other hand, volume of incompressible fluids does not vary. That is, even if a force is applied on the piston as shown in Figure 3.21, the fluid volume does not decrease or increase. 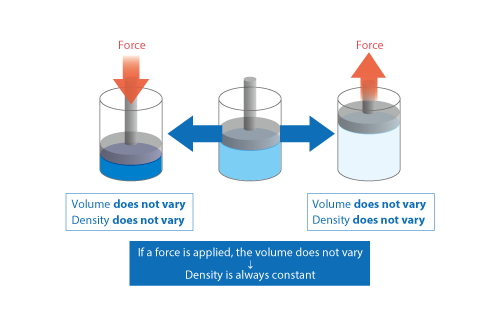 Figure3.22 A system with inflow and outflow


Flow of a fluid with a large Mach number (fast flow) has an inertial force greater than the elastic force of the fluid. Therefore, the fluid is greatly compressed by its flow and the influence of compressibility cannot be ignored.

On the other hand, flow of a fluid with a small Mach number (slow flow) has an inertial force smaller than the elastic force of the fluid. In this case, the degree of fluid compression is enough small to ignore the influence of compressibility.

For thresholds of Mach number and the meanings of the values, see  Want to Know More   in the previous column.