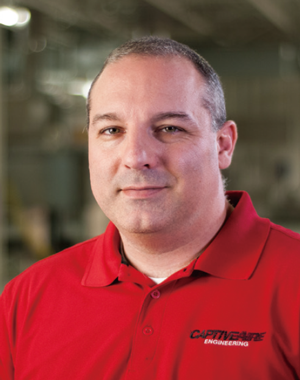 
Application of CFD to Measure Migration of Humidity

When developing kitchen exhaust hood systems (Picture 2), CaptiveAire engineers investigate methods to remove heat and effluent produced during the cooking process. Various conditions are considered such as containing vapor from stoves and grills, reducing condensation on surfaces, and maintaining cleanliness of the cooking space. They must also consider the comfort of the cooking staff by providing a steady supply of fresh air and regulating the temperature and humidity inside the kitchen. 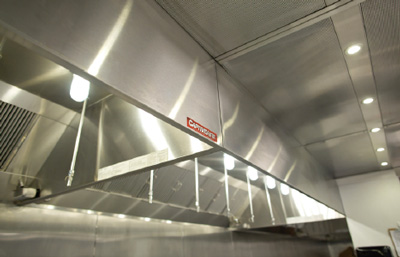 
CaptiveAire became interested in CFD after learning how it could be implemented to simulate airflow and obtain qualitative data on air migration. CaptiveAire has used CFD analysis in the past for some of the older design hoods and supply plenums. CaptiveAire was curious to use CFD again to see how effective their new exhaust hood design was for evacuating humidity from the kitchen space. When searching for a reliable CFD software, CaptiveAire focused not only on the accuracy of the tool, but also its ability to graphically represent the results clearly and concisely. While working on the project, CaptiveAire engineers found that scSTREAM satisfied their needs.

The exhaust hood system consists of three main airflows: exhaust air, tempered make-up air (MUA), and air conditioned air (AC). The exhaust hood removes the hot air and effluent from the cooking space, improving indoor air quality and withdrawing grease-laden particles. Slightly tempered outside air then enters the cooking space through the MUA plenum just in front of the hood, supplying fresh air. The AC is distributed directly in front of the MUA stream and mainly functions to provide comfort to the cooking staff as well as creating an air curtain to help contain cooking effluent, preventing it from spreading outward toward the kitchen space.

For this CFD analysis, CaptiveAire compiled 12 simulation cases with varying flow rate, temperature, and relative humidity values for the MUA and AC. The intent was to observe the effects of each condition on the kitchen space and to find an optimal setting for the exhaust hood system. Engineers at CaptiveAire expected the design to pose a minimal effect on the remaining occupied space, while efficiently performing its task.

By introducing slightly tempered outside air through the MUA, one of the main concerns was that the hood system brought humidity into the kitchen which needed to be exhausted properly. To help resolve this concern, CFD was used to calculate the percentage of water vapor from the MUA and AC air-streams leaving through the exhaust. The results from scSTREAM verified that the exhaust hood system would evacuate the majority of the humidity introduced from the MUA. From close observation of the graphically visualized velocity result, CaptiveAire confirmed the formation of the air curtain and was also able to deduce that the system would assist well in the capture of cooking effluent (Figure 1). The calculated percentage of humidity shows that over 90% of the moisture introduced into the system was removed by the exhaust for the 12 simulation cases analyzed.

Figure 1: Calculated percentage of moisture diffusing to the space (left) and Case 6 velocity contour of air migration inside kitchen (right)


The CFD analysis was also used to identify an additional effect of the AC on the kitchen space. By comparing cases with and without the AC, it was determined that in addition to providing comfort, the AC also prevented untreated outdoor MUA from diffusing into the kitchen space. The contour maps showed that the temperature and humidity was better regulated with the AC turned on (Figure 2). 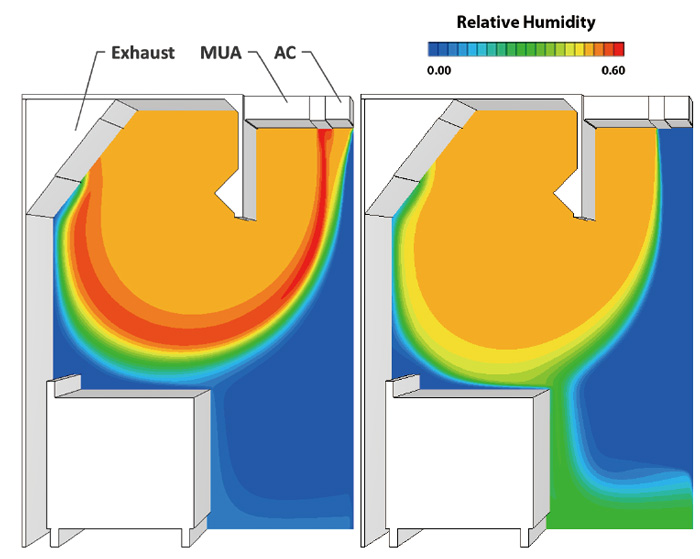 Figure 2: Contour comparison of relative humidity with AC (left) and without AC (right).


Furthermore, scSTREAM demonstrated that the AC flow rate was actually optimal under a lower FPM (feet/min) setting. The case comparison showed that increasing the FPM only caused more air to diffuse out into the kitchen space. From this, it was determined that the exhaust hood system would be able to reduce energy usage and noise generation by using the lower AC setting.

scSTREAM provided new understanding about the exhaust hood system. One CaptiveAire engineer stated, “Previously, we had no information regarding the migration of humidity introduced through a supply plenum or the effects the humidity would create on the performance of our dedicated [make-up] air supply plenums.” The information gained by using scSTREAM verified the performance of the exhaust hood design and gave insight to further improve the system.

Prospective Analysis and CFD Contribution in the HVAC Industry

To gain a quick understanding of the airflow behavior in the exhaust hood system, a 2D simulation was performed for flow, temperature, and humidity. In the future, CaptiveAire would like to perform 3D simulations of the kitchen to better optimize the linear distribution of make-up air through the supply plenum systems. Their goal is to identify the plenum design that creates the most uniform laminar supply of airflow while minimizing the static pressure within the plenum. They also hope to further evaluate hood performance by experimenting with a wider range of test cases that will include human models and actual cooking processes.

The capability of scSTREAM satisfied all expectations. Powerful postprocessing enabled clear visualization of the results. Proper analysis of the graphic results, along with the quantitative data, increased their understanding of the system. CaptiveAire engineers were pleased to find that humidity from the MUA airstream was effectively captured by the exhaust when accompanied by an optimized AC setting. They appreciated the technical support and acknowledged that “the test engineers at Cradle were personable and helpful throughout the duration of the project. When we had questions, issues, or needed to redesign our test configurations, the team at [Cradle] CFD was quick to respond and attentive to our needs.” They added, “Overall, [we are] very pleased with the outcome of the project and team.”

CaptiveAire recognized great potential for CFD to contribute to the HVAC industries. They explained, “[We] would think that any company that deals with the movement of any type of gas would benefit from the use of [CFD] technologies. Whether they are trying to map the movement of air, track the migration of particles within the airstream, optimize their systems or just verify [existing] product performance, CFD allows the client [or user] to qualitatively see what’s going on and back that up with quantitative data.”

*All product and service names mentioned are registered trademarks or trademarks of their respective companies.
*Contents and specifications of products are as of March 31, 2017 and subject to change without notice. We shall not be held liable for any errors in figures and pictures, or any typographical errors.