Flow analysis around a golf ball (2)


In the previous column, we saw the generation of small vortices on the surface of a golf ball due to dimples. In this column, we will close in on the mechanism of how dimples lower air drag. First, let us look at the flow field around the golf ball without dimples. Figure 17.1 shows the velocity distribution on a cross section passing through the middle of the ball. The characteristic of the flow field without dimples is that the flow separates from the ball surface upstream of the ball centerline. That makes the downstream region of slow flow wider than the ball diameter. This means the air cannot stay along the ball surface because of its momentum. 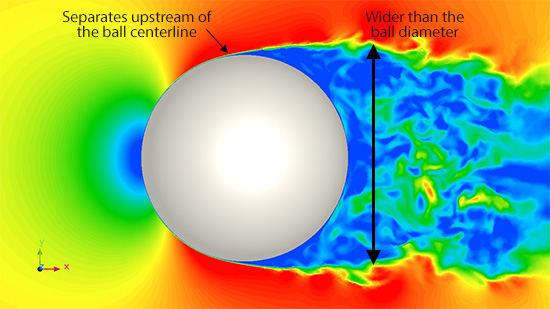 Figure 17.1: Flow field around the golf ball without dimples


Figure 17.2 shows the velocity distribution with dimples. In the case with dimples, flow along the ball surface keeps staying along the surface past the ball centerline and finally separates downstream. This makes the downstream region of slow flow narrower than the ball diameter. 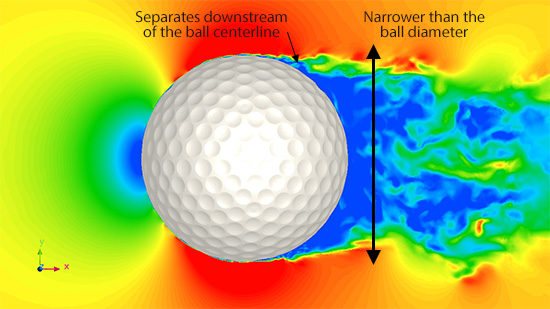 Figure 17.2: Flow field around the golf ball with dimples 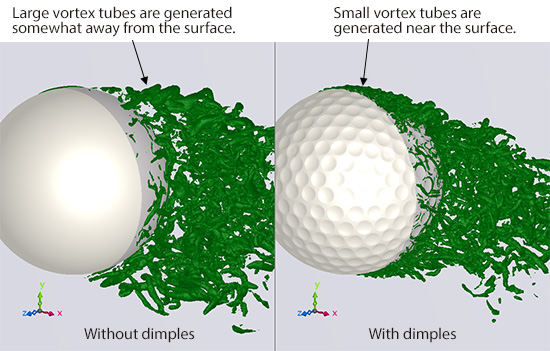 
Intuitively, it seems that the ball without dimples has a smoother surface and smaller air drag. When the surface is round like the golf ball, however, the smoother surface cannot prevent the flow separation. This creates a large region of stagnation behind the object, which results in a larger air drag. The large vortex tubes, such as the ones shown in Figure 17.3 for the case without dimples, also lead to the generation of large sounds. Surface asperities like dimples, therefore, not only lower air drag but also possibly reduce noises. Lastly, let us see an animation of vortex tubes around the golf ball.