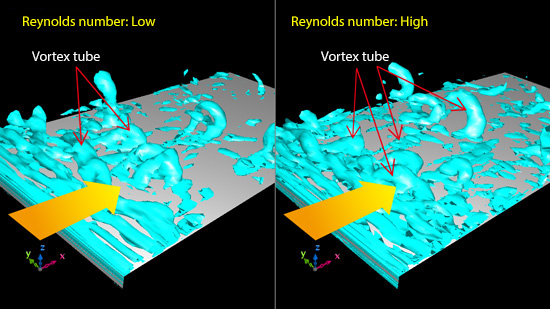 Figure 5.1: Image of vortex tubes in a turbulent flow


Figure 5.2 Vortex tubes in a flow around a cylinder

Vortex tubes seem to be randomly generated by velocity difference and interaction between vortex tubes. However, when energy of each vortex tube in a flow field is classified per tube size, a fixed curve shown in Figure 5.3 is obtained. The horizontal axis of the graph indicates the inverse of the diameter of each vortex tube. The farther you go to the right on the horizontal axis, the smaller the vortex tube size is. The vertical axis indicates the energy that each vortex tube has. Both horizontal and vertical axes are logarithmic. This graph is characterized by a higher part on the left, lower part on the right, and straight part (because of logarithmic expression) in the middle. Interestingly, when a graph like Figure 5.3 is applied to vortex tubes in various flow fields according to the determined process, the curve from the straight line in the middle to the lower part on the right end is almost the same. The peak on the left side varies depending on Reynolds number and called “integral length”. The energy of the vortex tube with the diameter of the integral length comprises the majority of the energy of vortex tubes in a flow field. The slope of the straight line in the middle equals to -5/3 in logarithmic expression and all straight lines of turbulent vortex tubes are on the line. This is called “Kolmogorov -5/3 law”. “Kolmogorov” is the name of a Russian mathematician. The size of the right end indicates the smallest scale of vortex tubes and called “Kolmogorov scale”. Vortex tubes whose size is smaller than Kolmogorov scale do not exist. This is because the tubes disappear as they are converted to heat by the action of fluid viscosity. The movement of a turbulent flow (an assembly of vortex tubes) looks random. However, as shown in Figure 5.3, there is a law, which indicates that a turbulent flow is a well-ordered phenomenon. Then, this is one of the motivations to model a turbulent flow. 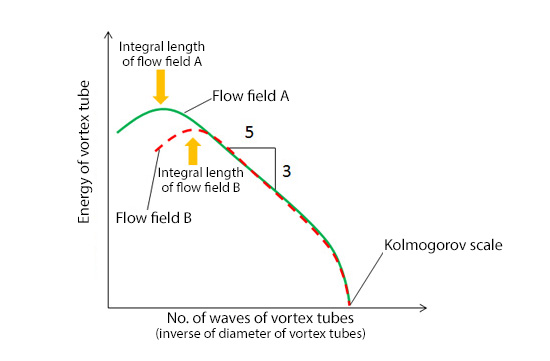